Your shopping cart is empty

Continue Shopping
SUBTOTAL A$0
Minimum order amount should be A$0.00

(as published by Underwater Photography Guide)

For many years I admired from afar the playful images of California sea lions coming out of the Sea of Cortez, Mexico. They were imprinted in my mind; I could only imagine the personal interaction with such playful and curious creatures, and the underwater experience that came with it. So when the opportunity came to make the Sea of Cortez my work space, I didn’t have to think twice.

Upon my first arrival to the sea lion colony of Los Islotes, a grin from ear to ear spread across my face as our group was surrounded by the distinctive barks, growls, and grunts from the 500+ sea lions that inhabit this small volcanic rock island. Our grins quickly turned into hysterics as we watched them waddle, jump, and push each other off the rocks.

During my years as an underwater photographer, nothing has filled my heart more than my interactions with California sea lions, experiencing all of their playfulness and curiosity. These guys play, nibble, roll, chew on your camera, and push up against your face; before you know it, your dive time is up, and you just can’t wait to get back in the water with them.

Spending most of my days now in the water with California sea lions has taught me some key lessons and techniques. So here are my top 7 tips to help you capture some great underwater images of these playful puppies of the ocean.

With a curious and playful nature, sea lions generally won’t leave you alone in the water and are always more than happy to be in front of the camera. That being said, juvenile sea lions are like big puppy dogs of the ocean, and will lose interest quickly if you don’t interact with them. So remember to take in the moment, interact with them, spin when they spin, let them play, and fire off some snaps within those moments - you can make a friend for the whole dive.

2. Know What You Want to Shoot Before You Get in the Water

These guys move, and fast. This means that changing between camera settings when interacting with a sea lion is nearly impossible. I generally get into the water with an idea of the image I want to try and capture - whether it’s a portrait, a silhouette, them playing together, or them interacting with divers.

Because of sea lion's fast and rapid movements underwater, a fast shutter speed is required. Shooting with the Canon 5d iii, my strobes sync at 1/250th of a second. But in ambient light shots, even higher shutter speeds can be required.

4. Close Down on Aperture (Increase F-stop)

Closing down on your aperture with these quick moving subjects also helps keep them in your focus points. I usually start at f/9 and will close it down if required; this in turn means some sacrifice with having to shoot a higher ISO.

5. Use Strobes When Close

Sea lions play near the surface, and generally aren’t found much deeper than 7m. Most days are bright and sunny here in La Paz, which gives us plenty of ambient light to work with. And if the sea lions are closer than around 2 m, adding some low amounts of artificial light helps bring out the detail in their fur and more of their colour. It also helps freeze their motion for the image. While conditions are normally excellent during the summer months, there is always potential for backscatter, so keeping your strobes out helps minimise this.

Portrait shots are one of my favourite images to capture - those big bulging eyes, tiny streamlined ears, and of course, their super sensitive whiskers. As they move around so rapidly, when I try for portrait shots I generally shoot blind and move the camera around with them. This also keeps them interested, with having a big weird flashing thing waving about in front of them. Strobe power and positioning is crucial for portrait shots, so pulling your strobes in tighter and a little higher to the camera helps make sure the light completely spreads over their face and nose.

7. Look for Sea Lions Napping on the Surface

There is something so cute about a sea lion napping at the surface, and this makes for great over/under shots. Sleeping at the surface means they aren’t looking for interaction and we need to respect that. Approach them very slowly and cautiously, and make sure they are comfortable with you being there. During the shot above, I was heard breaking the surface of the water. He opened his eye, checked me over for a second, and then went straight back to drifting along.

For Sea Lions I shoot with the Canon 5d III with a Sigma 15mm 2.8 fisheye lens, inside an Aquatica housing with an 8” Dome Port and two Sea & Sea YS-D1s.

Among other locales, California Sea Lions inhabit the Sea of Cortez all year round, between Los Islotes, San Rafaelito and La Reina. The volcanic rock island of Los Islotes is a more known colony with over 500+ individuals. Being a prominent breeding ground with more active juveniles makes this site ideal for photography opportunities.

California sea lions breed once a year, and during this time the male sea lions become more territorial. Although the occurrences of actual attacks on divers are next to none, to safeguard against this and to let them do their thing during breeding season, Los Islotes is closed to tourism during the months of June, July, and August.

My recommendation is to go with a well-established operator with experienced guides who understand and respect sea lion behaviour. You can join me at Pro Photo Baja (www.prophotobaja.com) with the Cortez Club, as we run daily specialised photography excursions to the sea lion colony of Los Islotes. 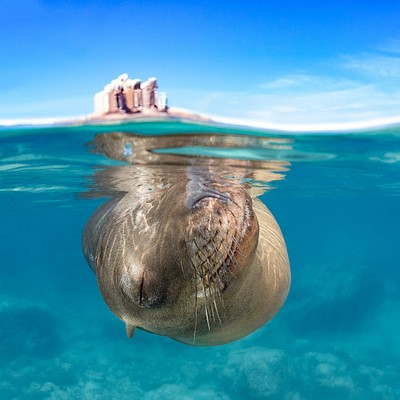 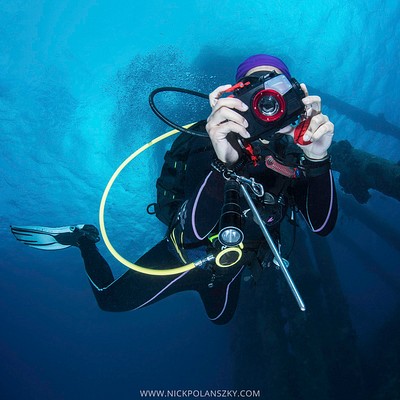 Why I love the Olympus TG4 and you should too 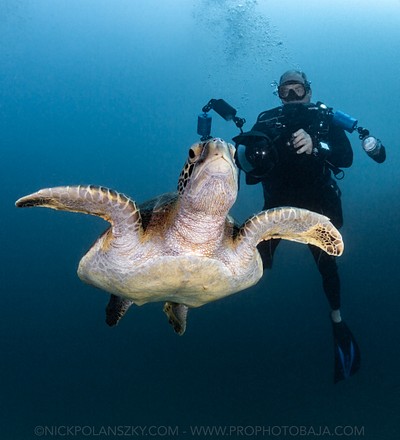